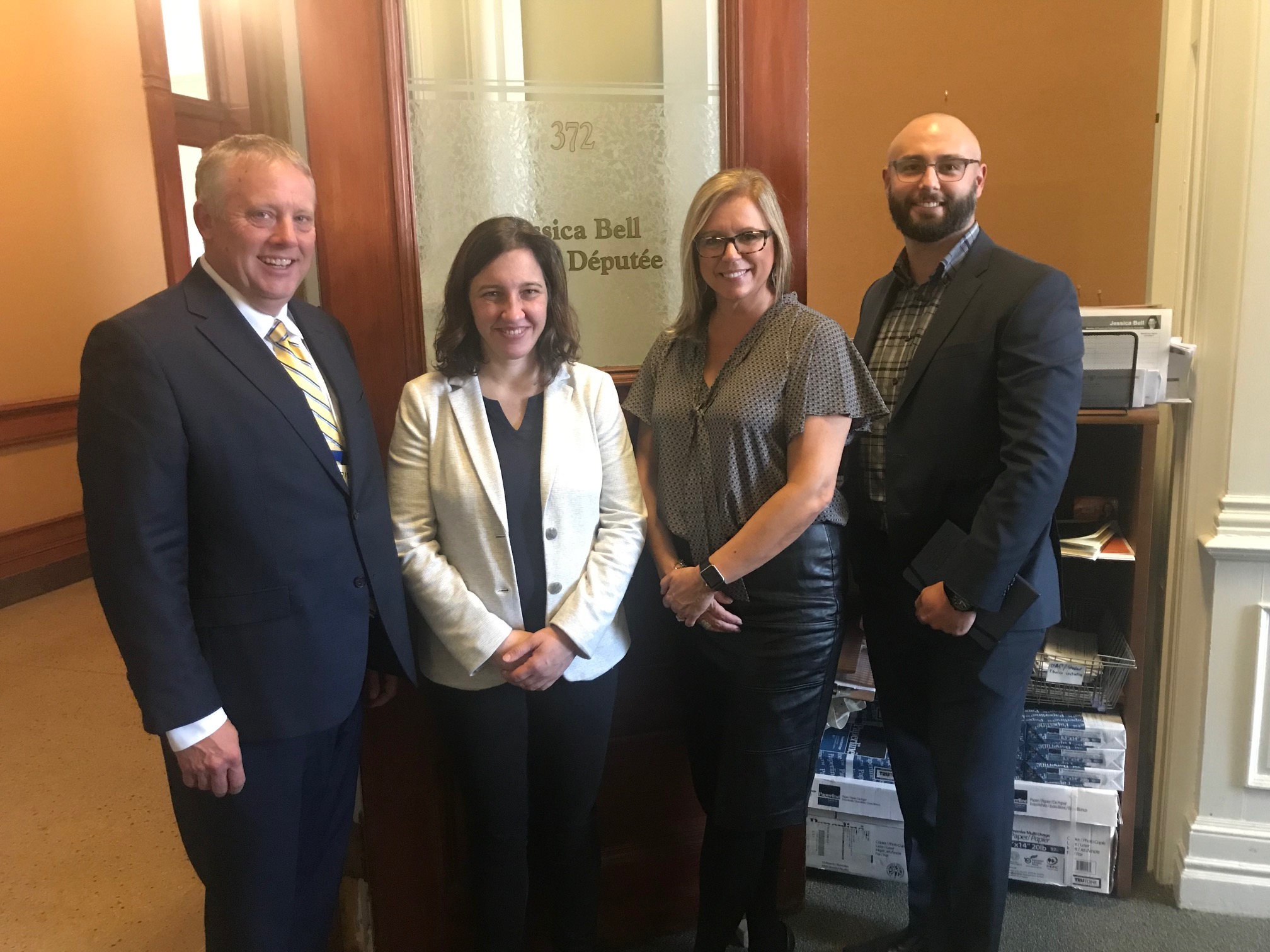 Publishers from each corner of the province met at Queen’s Park on Wednesday, November 27 for the Ontario Community Newspapers Association’s (OCNA) annual visit to the Ontario legislature. There, they had audiences with numerous Members of Provincial Parliament (MPPs) on all sides of the house and shared with them the good news about local journalism in the province of Ontario.

“It was a good day for our publishers,” said John Willems, president of the OCNA. “We had dozens of meetings where we were given a warm welcome and sense of appreciation for what we do”.

The visit to Queen’s Park is an annual trek. While the publishers’ concerns have changed over time, the message of supporting community newspapers remains the same.

“Local newspapers are often called the glue that binds our communities together,” Mr. Willems continued. “We don’t ever take our readership—over four million strong each and every week—for granted.”

Ontario’s community newspapers are highly valued among Ontarians as they are quite often the only source of local news, especially for those living in rural and remote Ontario who are often faced with poor internet service, or no service at all.

The publishers’ key message on November 27 was to ask that the province divert some of its $12 million advertising budget back into community papers. Currently, the province is spending the majority of its advertising budget online and through American companies such as Google and Facebook. While the OCNA recognizes the importance of digital advertising, it hopes the provincial government also sees the major benefits of advertising in its member newspapers—a large readership across the province that reaches a wide range of demographics, both in print and online. When the government spends ad dollars in community papers, it’s supporting local economy, jobs and helping to save taxpayer money.

“Community newspapers offer a degree of trust not readily found in all media platforms,” Mr. Willems added. “When the province is looking to spread the word about its initiatives, we are the best source to help it do just that. People trust our content”