The Ontario Community Newspapers Association launched the Hall of Fame Awards earlier this year, and received a number of nominations outlining the achievements and initiatives of a wide variety of newspaper pioneers. We are excited to unveil the nine extraordinary individuals who have been inducted into the Hall of Fame, to be celebrated and remembered for their tremendous contributions to community journalism.

Once a week, for the next nine weeks, we will announce one Hall of Fame Award winner and share their extraordinary newspaper biography. This will be done in alphabetical order, via e-mail to OCNA members and the Hall of Fame inductees. You will also find  these announcements online at www.ocna.org/hall-of-fame-award.

We are excited to announce that Joanne Burghardt, Director of Content, Torstar Corporation Community Brands, is an inductee of the OCNA’s inaugural Hall of Fame. 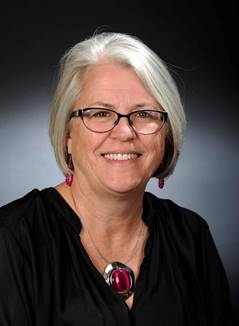 Joanne first walked into the Oshawa This Week newsroom 39 years ago as an intern. One month later, she was hired as a reporter, and five years into her career, she was appointed Community Editor. Ever since then her passion for the newspaper industry has gained momentum, and her tremendous efforts have resulted in many positive outcomes.

She spent 25 years as Metroland Durham Region’s division Editor-in-Chief, and under her leadership, journalists, photographers, and newspapers in both Durham and Northumberland received some 600 awards for excellence in writing and photography from provincial, national and North American industry associations.

In 2016, Joanne was named Regional Editor-in-Chief of Metroland’s newly formed Central Division, a large and diverse group that includes communities from the Greater Toronto Area to Muskoka with 40 newspapers, eight websites, and an editorial staff of more than one hundred.

In 2018, she was appointed as Director of Content for Metroland. In this role she mentors a group of 25 senior editors and oversees the content strategy for more than 70 newspapers and 25 websites.

A pioneer, Joanne has initiated numerous projects to ensure community journalism thrives as it changes with time. Many years ago, she saw potential for online journalism, and took it upon herself to build Metroland’s first website for durhamregion.com using a ‘Dummies Guide: Learn HTML in 7 Days’ book. Today, the site gets more than 1.6 million pageviews each month.

She has always recognized the need to tell stories about community members, even if they were halfway around the world. She has lead teams of journalists overseas for many events, including the London Olympics in 2012, the Beijing Olympics in 2008, and France for the 90th anniversary of the Battle of Vimy Ridge.

Over the years she has received many accolades, including Editor of the Year from both OCNA and Suburban Newspapers of America. She was recognized as a Community Award in Memory of Mary Knowles Award recipient in 2003 for her many contributions to committees and fundraising initiatives. But perhaps most notable was when her division won a Canadian Journalism Foundation (CFJ) Excellence in Journalism Award in 2010, which had yet to be accomplished by a non-daily newspaper.

When faced with the need for change, Joanne has not shied from it: she has faced it head on and implemented new strategies to help community newspapers grow and prosper.

“The transformation of Torstar’s community editorial operation to an industry leading, digitally informed, data-driven news organization would not have been possible if not for Joanne’s remarkable efforts,” said Dana Robbins, Vice President, Community Brands, Torstar Corportation Community Brands. “As sound as her newsroom skills, and as impeccable her journalistic ethics, what truly sets Joanne apart are her leadership skills. She is highly strategic, incredibly focused, results driven and intellectually nimble.”

In the words of Mike Johnston, Regional Managing Editor, Metroland Durham/Northumberland, “There is no stronger champion for community newspapers than Joanne Burghardt.”

Which is why the Ontario Community Newspapers Association is thrilled to announce Joanne Burghardt as an inductee of the Hall of Fame.